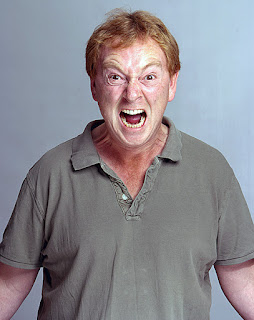 23.    May we bring up “old business” if we need to clarify or discuss something further?
Sometimes a comment is countered by, “We’ve already talked about that.”  If a person isn’t finished with an issue, it may need to be discussed again.

24.    May we have permission to make additional rules, if needed, to help this group be more effective?
This list is not exhaustive.  Some discussions need fewer guidelines, some more.
In some meetings that involved anticipated conflict, we had the “no shouting” rule.  As the facilitator I have been told that previous meetings had ended in a shouting match which was hurtful.  It was suggested that I call people to account when they were getting too loud.  I decided not to get into the middle of that group’s conflict.  What we negotiated was that when three people held up their hands when a person was getting louder and louder, I would report to the speaker, “Three people in the group think you getting louder than is helpful for this discussion.”  That helps the group be responsible for itself and keeps me out of the middle of a conflict that doesn’t belong to me.
In some meetings, we have had the “Why are you leaving?” rule.  When I was informed that this group’s meetings often end in people leaving mad, we worked out the agreement that if people left, they would tell why.  This kept people from assuming that people were leaving angry or letting them know that they were angry and possibly why.